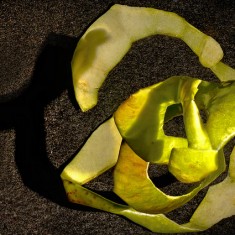 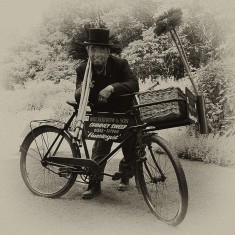 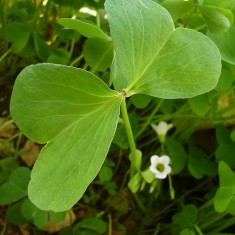 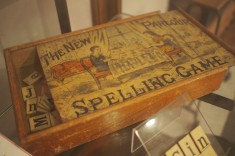 Don’t marry a man with the same initial

For a girl to marry a man with a surname beginning with the same letter as her own is said by many Cambridgeshire people to be unlucky. The usual rhyme quoted is:

Two-leaved clover – who am I going to marry?

In 1859 a contributor to Notes and Queries recorded that young men and women in Cambridgeshire who wished to know the name of their future husbands or wives still, at that date, used to put into their right shoes a two-leaved clover (Trifolium pratense) and repeat the rhyme:

A clover of two, a clover of two,
Put it in your right shoe;
The first young man (woman) you meet,
In field, street or lane,
You’ll have him (her) or one of his (her) name.

Apple peel over the shoulder

Until early in the 20th century many Cambridgeshire children were told, usually by their grandparents, that if they pared an apple without breaking the peel and then threw the peel over their left shoulder it would form the initial letter of the name of the man they would eventually marry.

Why the day is as important as the date

The majority of brides no longer believe the saying:

Marry in Lent
Marry to repent

When a wedding is purposely not arranged to be held in Lent this is solely on religious grounds. The luckiness or unluckiness of the day of the week on which she marries is also of little concern to the modern bride. However, the fact that she married on a Friday in 1959 was blamed by a 24 year old Cambridge woman for her divorce in 1963.

May weddings were, until late in the nineteenth century, thought unlucky in many parts of Cambridgeshire. In the Fens it was believed that if a thunderstorm occurred during the marriage ceremony the couple would have no children.

A lucky chimney sweep for your wedding-day

To see a chimney sweep on the way to or from the church was, and by some still is, considered to be a lucky omen. Some people prearranged the presence of a sweep in the churchyard in order to bring good fortune to the newly-married pair. W.H. Barrett recalled that in his youth a Fenland best man was responsible for giving the local sweep a shilling and the promise of a gallon of beer to ensure his being ready at the church door to kiss the bride after the wedding ceremony. It was believed that if she was embraced by so dirty a person she would have a horror of dirt and be a clean and tidy housewife.

Preparing for your new husband’s death!

Until the middle of the nineteenth century it was the custom for a Fenland bride to embroider a cross, as soon as possible after the ceremony, on her husband’s wedding smock. The garment was then wrapped in paper and kept in a drawer or chest until after the man’s death, when he was buried in it.