Nicky Stockman, Thanks to The Legge Family for stories and old photographs. 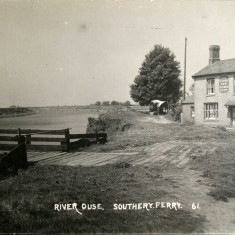 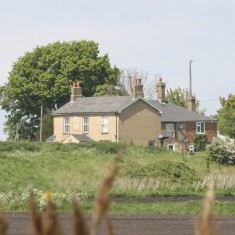 The building that was the old Ferry Boat Inn still stands beside the A10 between Southery and Brandon Creek near Littleport. The old main road used to run past the front of the pub and a ferry used to cross The Great Ouse River allowing workers to reach Ten Mile Bank on the other side. Chafer Legge’s father owned property over the road from the pub towards Sedge Fen. It is said that Chafer Legge wanted to be buried on his home soil and that he was secretly buried on Sedge Fen and that the coffin buried at his funeral service contained little more than lumps of clay.

Descendants of Chafer still farm much of the land around Southery at Further Fen Farm. Mrs Legge has told us that his father used the ferry to cross to the family farm in Ten Mile Bank until the 1920′s.