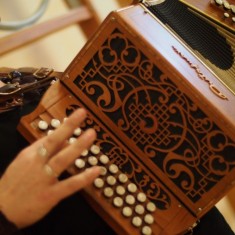 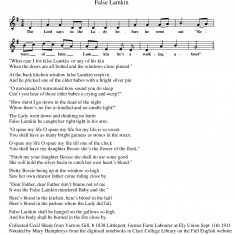 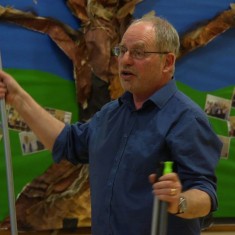 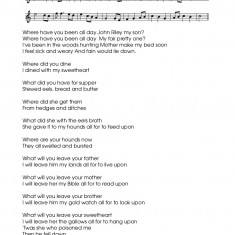 A version of Lord Randall from John Dorling of Ely 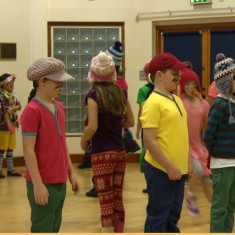 Colourful characters at Millfield Primary get ready to perform 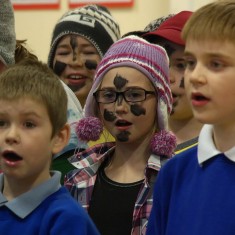 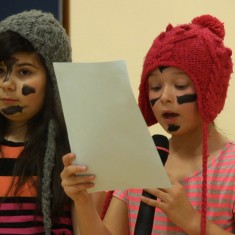 Millfield pupils with blackened faces for their performance 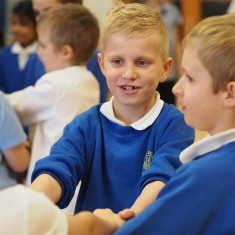 On Tuesday 26th November 2013 some 100 Pupils from years 4, 5 and 6 at Millfield School put on a colourful performance of song, dance and storytelling for their parents and visitors.  The performance was the culmination of several weeks of workshops and featured local songs, the telling of a Fenland story, molly dancing and poems. The children wore brightly coloured costumes and danced with much aplomb.

Among the audience were relatives of Walter Barrett, Enid Porter’s major contributor and the major storyteller, Chafer Legge.

Also in the audience was Deborah Curtis, Artistic director, The Field Theatre Group and project leader for The Horseman’s Word. Deborah said:

“We were delighted to watch pupils from Millfield CP School in Littleport performing some of the Fenland songs, dances, games and stories collected by Enid Porter. We were extremely impressed with the range of material the children had been working on. They had mastered some complex dances and songs, which they performed with obvious enjoyment to a packed hall of families and friends. It is most important that young people have an opportunity to learn about their unique Fenland culture and heritage. Particularly at this period of significant demographic change within the region. The project team had obviously worked extremely hard to deliver this learning in an enjoyable and engaging way.”

The songs and games which the children played at the performance were collected mainly from Littleport in 1911. The children’s games were noted by the song collector Cecil Sharp from pupils at the Littleport Girls School. The Lankin song was still sung by old residents originating from Littleport  currently living at Ely Workhouse in 1911. John Riley, a version of Lord Randall, a very old ballad, was noted from a resident of Ely.

The songs and games are in Cecil Sharp’s notebooks, housed in Clare College Library and available in a digitised form at the Full English website. References for all the songs are here:

The songs that the children sang can be above.