A Case Of Mistaken Identity?

Researchers have been aware of this image on the Norfolk County Council Website for a number of years, the image having been attributed to a procession of children in the town of Swaffham, Norfolk. The Enid Porter Project discovered that not only was the image taken in Swaffham Prior, Cambridgeshire but that the father of a member of staff of the school, Ernie Frost, is actually in the picture! Mr Frost recalls going out on Plough Monday in the village as a child in the 1930′s. He used to live on a farm and recalls going into the large inglenook fireplace to scrape soot off the walls to smudge onto his face before going out on the morning of Plough Monday. He says that at this stage only children went out with the plough and that adults had no involvement by then. This ties in with the school log books which record how the school was closed for Plough Monday from at least 1914 – 1935. 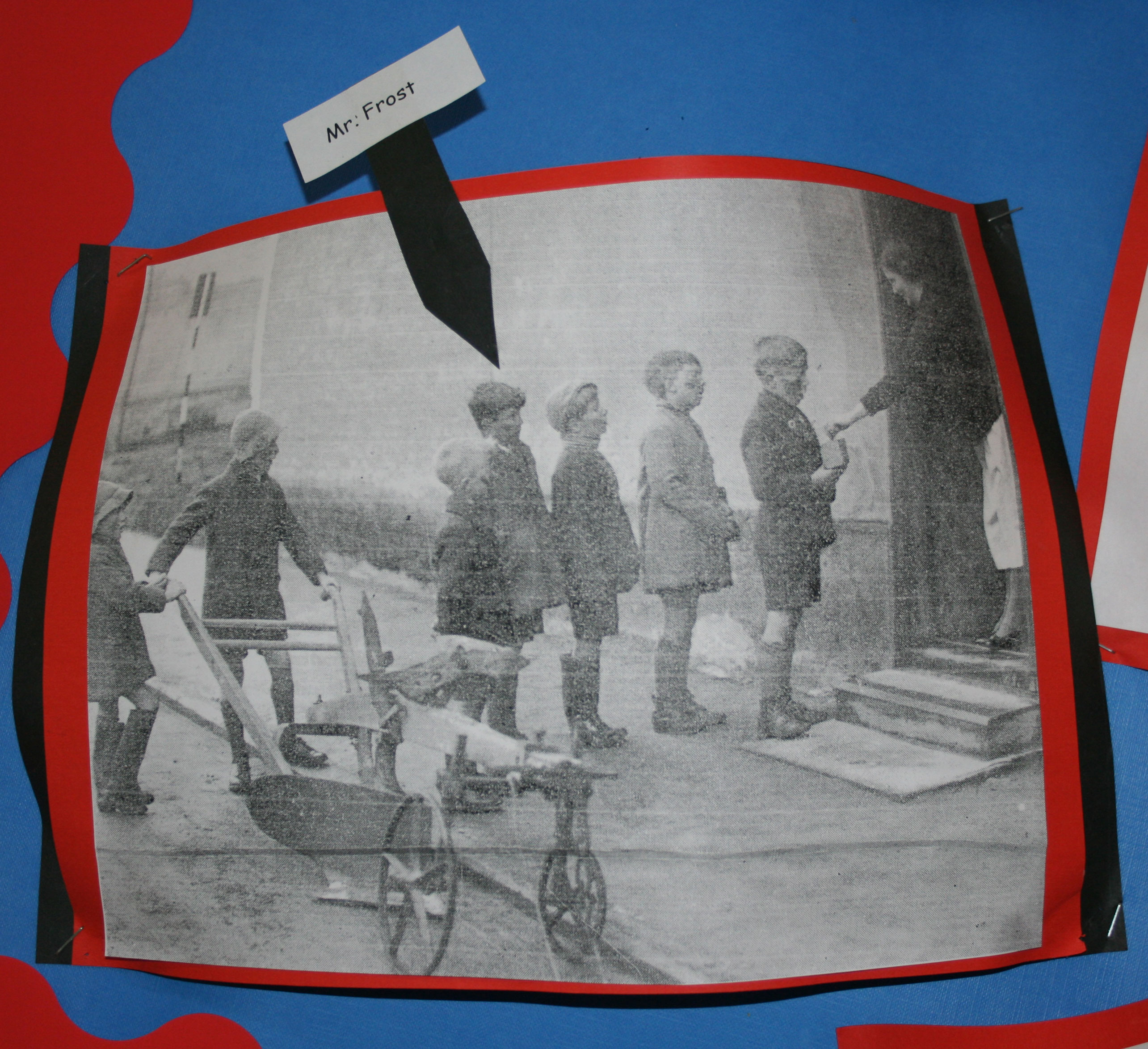 Mr Frost was able to describe others in the photograph (from left to right): Doug Rowse, Pat Benstead (with Plough), Freddie Benstead (slightly to front), Ernie Frost, Unknown, Unknown, Unknown, Mrs Webb.
It is interesting to note that Enid Porter interviewed Mr R C Benstead in 1963 about Plough Monday in Swaffham Prior in about 1927. Mr Benstead describes the “Sifting of Chaff” song and also being chased by the local farmer with a whip! Does anyone know if Mr R C Benstead is a relative of those in the picture? Can anyone help identify the unknown children? 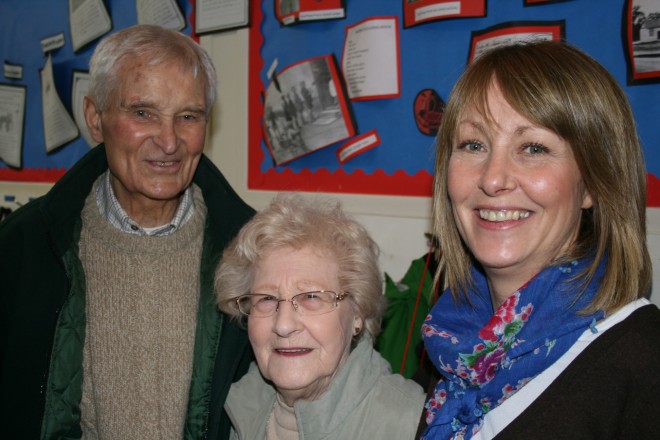 Ernie Frost with his wife (Mina) and daughter (Barbara), February 2014

The house in the picture still stands in Swaffham Prior, it is now called “Old Barn House” and is just up the road from the school, a few yards from where the picture in Enid’s book was taken. 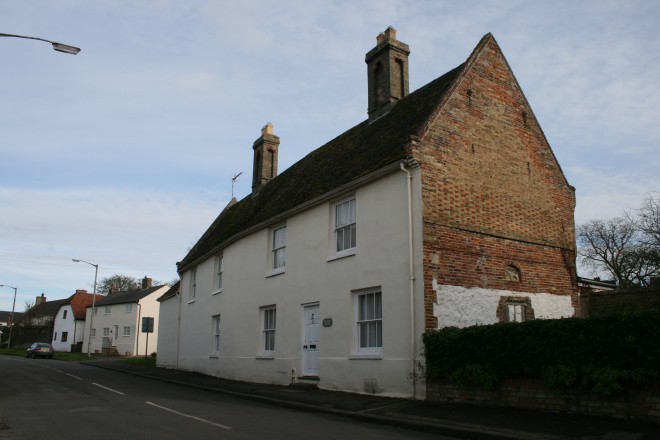 Old Barn House, the house in the picture of Mr Frost where Mrs Webb was giving gifts to the children on Plough Monday.